Louma Rabah is a promising young contemporary Lebanese artist known for using vivid colours, calligraphy and patchwork in her painting style. She paints towns and cities she feels a connection with, mostly in her hometown. Her cities sometimes lie between the real and the unreal, the waking reality and the dream. Her cities explore the hidden world of ancestral memories and the yearning for an ideal utopia city, where dreams and wishes become reality and dreams come true to those who believe in themselves.

This idea of faith in self has evolved into portraits where she tries to represent portraits mostly of women where each portrait is a story of the emotional and spiritual vibration of the character creating an intense personal moment, sometimes manifested by feeling of passion and acceptance and other times the refusal to let go.

Louma's work is highly appraised and has been exhibited in many galleries in the region.

View as
Sort by
Display per page 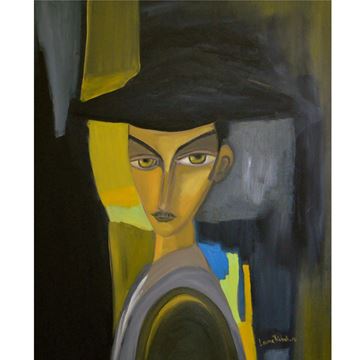 A Man With Courage Can Make a Change - Oil Painting

A Man With Courage Can Make a Change

A Man With Courage Can Make a Change - Oil Painting